Pastoral Letter Regarding Orlando and the Murder of Robert Hall 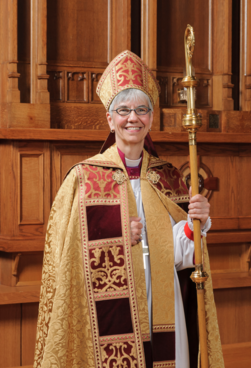 In the last few days more horrific violence has occurred than most of us can absorb: first the devastating hate-crime murder of 49 and the wounding of 53 in a gay bar in Orlando, Florida, and second, the cruel killing of Canadian Robert Hall who, along with three other hostages, had been held by terrorists in the Southern Philippines for over nine months.  Both of these events have brought great suffering and grief to the victims’ families and friends, and have caused many in our community to feel both sorrow and a sense of insecurity.

To the members of the LGTBQ community: Know that we grieve with you as you mourn the loss of so many whose lives were brutally cut short in Orlando. We pledge to stand with you as you continue to speak out against all acts of discrimination and violence that threaten you and those who support you.

To the members of the Islamic communities in our area and throughout Canada: We stand with you knowing that the violence seen in Orlando or in the actions of terrorists in the Philippines is not consistent with the heart of Islam. These acts of violence, are, in fact, a perversion of Islam. We pledge to stand with you as you continue to be valuable members of our communities and of the great web of spiritual and religious diversity that is Canada.

To the family and friends of Robert Hall: Know that our hearts are broken for what you have endured over the last year and what you have had to suffer in the last few days. We pledge to stand with you in whatever ways that are helpful and supportive to you.

In addition to our prayers we can also take some direct and immediate action. I have made a donation to the gofundme campaign established by Equality Florida that will direct funds to the victims of the June 12 shooting and their families. I encourage others to do the same.

On Sunday evening, I attended the Candlelight Vigil organized by members of the Vancouver Pride Society held on the grounds of the Vancouver Art Gallery. There, surrounded by hundreds of mourners, I was comforted by the messages of love and resolve that were expressed in four colourful placards on sticks containing the phrase “LOVE WILL ALWAYS WIN.”  As I looked at these placards, I could not help thinking of the passage from Paul’s Letter to the Romans that is often read at funerals:

“Who will separate us from the love of Christ? Will hardship, or distress, or persecution, or famine, or nakedness, or peril, or sword? No, in all these things we are more than conquerors through him who loved us. For I am convinced that neither death, nor life, nor angels, nor rulers, nor things present, nor things to come, nor powers, nor height, nor depth, nor anything else in all creation, will be able to separate us from the love of God in Christ Jesus our Lord.”