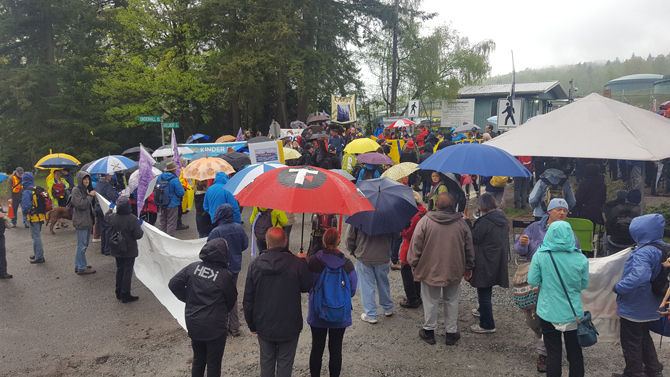 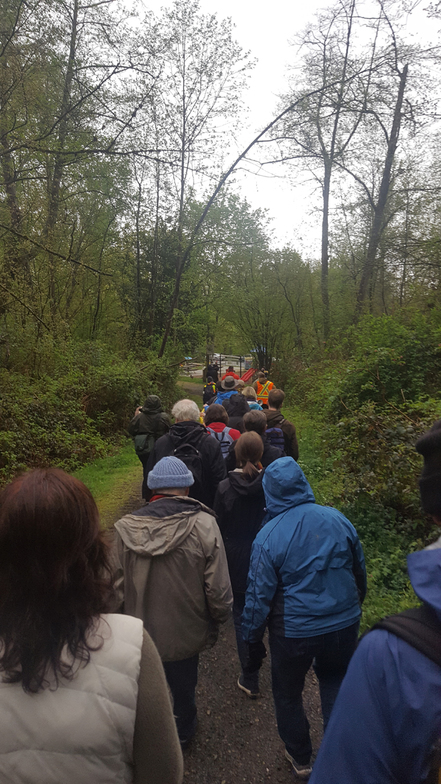 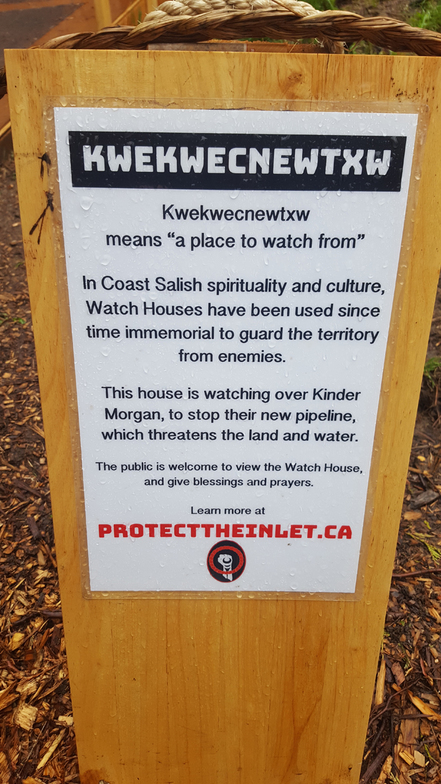 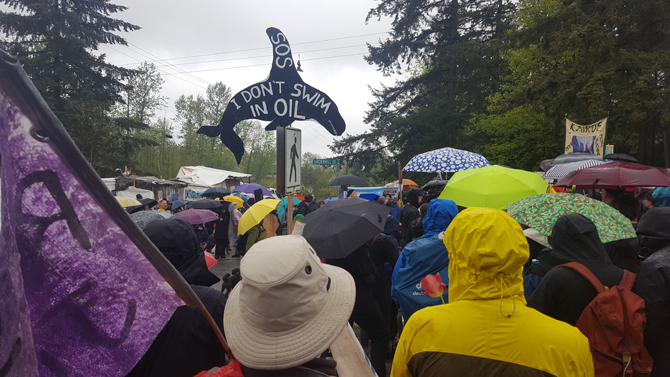 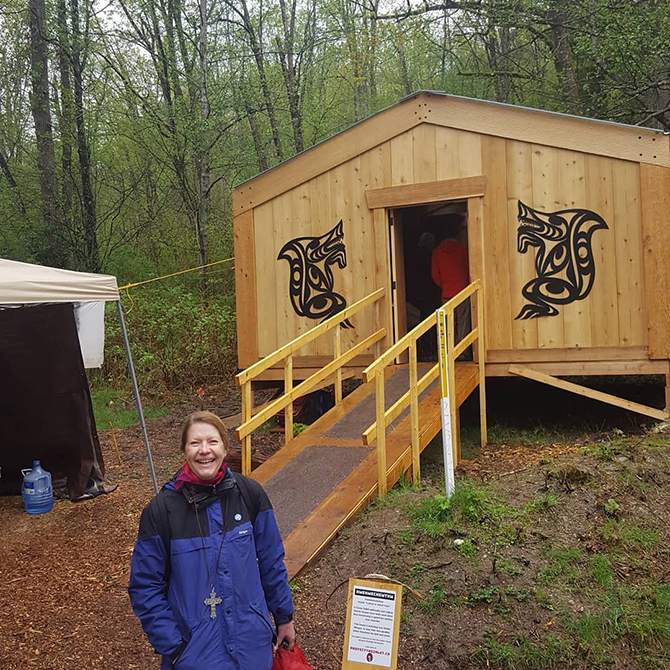 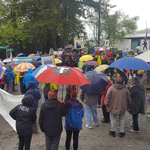 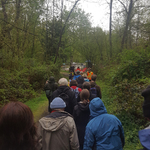 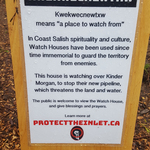 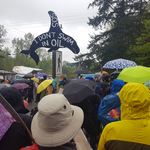 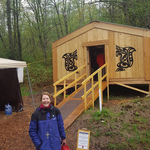 Members of St. Anselm's joined many other faith communities for the People of Faith + Friends against Kinder Morgan on Saturday April 28 in Burnaby.

Faith communities across the region received an invitation from the spiritual leaders of Kwekwecnewtxw, the Watch House on Burnaby Mountain, to stand with them for their right to free, prior and informed consent on the proposed Kinder Morgan pipeline, and in defense of these lands and waters, in an act of reconciliation in action.

In spite of rainy weather, hundreds of people of all ages and faiths processed together through the forest with drum and song to the Watch House, and then to the gates of the Kinder Morgan Tank facility. We heard from several speakers and two choirs as we placed signs of our prayers—like rosaries, prayer cards, etc on the fence outside the Kinder Morgan site.

Prayers were offered by various faith traditions. Seven people, including members of the clergy, bravely chose to be arrested for standing to block the gate. So far at this site, over 200 people, including MP Elizabeth May have been arrested for this nonvoilent act of protest. Most of us chose to simply stand nearby in peaceful witness. The choice was made completely clear well in advance, and everything was done in an orderly and calm manner.

The day was an incredible experience of prayer for peaceful reconciliation and resolution of complex and difficult issues. It was an honour to attend such a dignified, caring, and well-organized event. The singing and prayers were especially beautiful.

Video from The National Observer