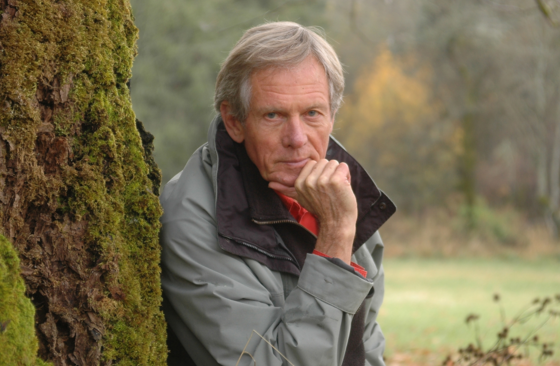 Robert Bateman is aligned with child-in-nature philosophies. He is associated in the public mind with pro-nature education by his work, writings and public speaking. He is widely regarded by the national and international conservation community as a “hero” because of his lifelong support and clearly articulated perspective. He is a natural and gregarious teacher and his artwork is vastly instructive. Finally, Robert Bateman is perceived by many to be one of the voices of reason and hope for healthy, rejuvenated and creative engagement with the natural world.

Born in Toronto, Ontario, Canada in 1930, Robert Bateman was a keen artist and naturalist from his early days. Bateman painted wildlife and wilderness in a representational style until his teens when he began to interpret nature using a variety of contemporary styles including post-impressionism and abstract expressionism. In the early 60s, Bateman rediscovered realism and began to develop the style that would make him one of the foremost artists depicting the world of nature. In the 70s and early 80s, Bateman's work began to receive critical acclaim and to attract an enormous following.

Since his first one-man show in 1967, Bateman has had numerous sell-out exhibitions in Canada, the United States and Great Britain. His work is in many public and private collections, including several art museums. He was commissioned by the Governor General of Canada to do a painting as the wedding gift for HRH The Prince Charles from the people of Canada. His work is also included in the collections HRH The Prince Philip, the late Princess Grace of Monaco and Prince Bernhard of the Netherlands. Bateman has had many one-man museum shows throughout North America, including an exhibition at the Smithsonian Institution in Washington, D.C.; most of these shows have drawn record-breaking crowds. His honours, awards and honorary doctorates are numerous, he was made Officer of the Order of Canada, our country's highest civilian award. He has also been the subject of three films. Two books of his art, "The Art of Robert Bateman" and "The World of Robert Bateman", have made publishing history; they have sold more that half a million copies.

He has mounted over 30 one-man exhibitions including in Moscow, St. Petersberg, The Smithsonian, and now his permanent exhibition in Victoria, B.C. His art is hung in nine major galleries and is in the permanent collections of 4 royal families. He has received honorary doctorates from 13 universities, has received numerous awards, is the subject of 13 books, has published 8 books, and is the subject of 10 films.

If you bring in books or prints, Mr. Bateman will be available to sign them for you during the reception.

St. Francis Day: Pet Blessing A Word from the Vicar: Her Late Majesty the Queen A Message on the Death of Queen Elizabeth II